Chinese people have many idioms that are familiar to them, such as: "Yugange is a jade", "Jade is not a weapon", "Ning is a jade is not a tile"... The long and ancient civilization history of China can be said to be from ancient jade culture. 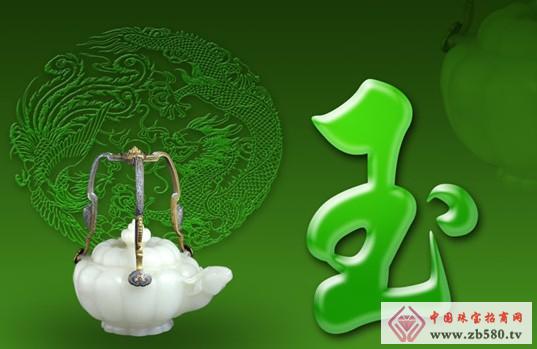 First, "Jade, the beauty of stone"

During the Spring and Autumn Period and the Warring States Period, it was a period of frequent exchanges and integration between various ethnic groups in China. Confucianism studied the jade nature of Hetian jade, and used the benevolence, wisdom, righteousness, courtesy, music, loyalty, faith, heaven, earth, and Taoism of Confucianism. The traditional concept of Germany and other similar characteristics of the physical properties of Hetian jade, so there are "11th German" ("Book of Rites", "Jude" (Zizi Yifa), "Six Beauty" ( The doctrines such as "Speaking to the Court" are coming into being, and the Eastern Han Xu Shenâ€™s statement of the "five virtues" is a perfect summary.

Third, the legend of jade

The ancients believed that all things have gods, and their power is incomparable. They can both bless and reduce disasters to human beings. In order to avoid evil, people must be blessed by elves. They must provide jade and prey to him, and use songs and dances to wait for witches. According to legend, in the era of the Yellow Emperor, people regarded jade as a fetish, or used jade as a medium to communicate with the gods and listen to his will. Witch became the supreme ruler of the original tribe with the three rights of theocracy, politics, and military power.

In the eyes of the ancestors, jade is spiritual, and it can protect people in addition to communicating with people and gods. The primitive people initially used jade to fill their ears. It was probably due to the fear of lightning. They thought that thunder and lightning in the sky was because the gods wanted to punish humans, so they felt terrified, so they used jade to block their ears. Because jade is spiritual, It can block the disaster and protect people from lightning. The primitive ancestors also used jade in their funerals. They felt that the soul would go out after death. As long as the flesh is preserved, the soul will come back after the soul returns, so they will put a piece of jade in the mouth of the deceased to prevent contamination. The flesh.

Jade is the carrier of the mystical transcendental gods such as elves and spiritual objects. People get the blessing of elves by worshipping God and eliminating disasters. Woo holding jade, singing and dancing to the elves (God), to convey the will of God to people. This is an indigenous indigenous religion born and raised in China. It is hosted by Wu Yi, so it can also be called witchcraft.

Later, with the natural god totem and ancestral gods, and sacrifices, this is still the original religion of pantheism. The Han dynasty worshipped the gods in the Han Dynasty, and the jade was light and in order to become a fairy. It was not Taoism.

Buddhism was officially introduced to China in the Eastern Han Dynasty. Through the Northern and Southern Dynasties, Buddhism merged with traditional Chinese culture, and Fang and Yu were contacted to create a statue of jade. Under the influence of Buddhism, Chinese Taoism developed into Taoism in folk secret associations, and also advocated eating jade to become a fairy. After the death of people, the custom of keeping the body from corruption is probably related to Taoism.

Five, the medicinal of jade

Eating jade can be healthy and longevity, which is a popular view in ancient China. In ancient times, the so-called "Jing Jade Liquid", "Shen Xian Jade Pulp", "Jade Ointment", "Yuzhi", "Yu Yu", "Jade" and so on, all refer to edible jade products. And its efficacy is "the service is not old for many years." Since ancient times, China has had the reputation of â€œthe country of jadeâ€. In ancient China, the beautiful jade, from the emperor to the emperor, to the people and the people, are very cherished. Not only does it admire the virtues of jade, but also believes that jade is the purity of yin and yang, and believes it has a magical effect on human health. Therefore, the ancients have long used jade in medical care.

Wearing jade is not only because it can make beautiful decorations, but also has the effect of promoting human health. Such as "Shen Nong's Herbal Classic", "Compendium of Materia Medica" and other ancient medical classics have been recorded: jade has "except for heat, irritability, heart and lungs, help the throat, nourish the hair, raise the five internal organs, peace of mind, blood circulation, There are 106 kinds of jade used for internal and external treatment of curative methods.

"Jade shavings are jade as shavings. The smell is sweet and non-toxic. Indications except the heat in the stomach, wheezing and irritability, quenching thirst; shavings such as peas, long-wearing and light body for many years, can moisten the heart and lungs, help the throat, nourish Hair, nourish the five internal organs, stop irritating; should be a total of gold and silver, Maimendong equivalent decoction, useful.

It can be seen that jade has been used as medicine since ancient times, and it has an excellent effect on the treatment of diseases and health care. It also records that if jade is "tolerant to the cold and heat, not hungry, it is not a god." "Xuanzhen, the alias of jade is also. Itâ€™s a sneak peek, so æ›°: æœçŽ„çŽ„, its life is not very good.â€ Such propaganda made the emperor at that time ask for the immortality of the immortal, and after the jade was ground into a powder, it was eaten by the fairy medicine. The emperors of all generations of the emperor are not separated from the jade, while the Song Huizong is jade and jade, and the Yang Guifei contains jade.

After thousands of years of development, the Chinese jade culture has formed a profound and profound cultural connotation, and its vitality is growing stronger. No matter in which historical period, people have always maintained their love and pursuit of jade, and left a well-known story of He Shi, which is the best way to explain the ancients' love for jade. The devout jade worship is a symbol of the strict ceremonial hierarchy, the expression of the ancient aesthetic concept, and the embodiment of the Chinese nation's good character.

The ancient Chinese jade culture has a long history. Today, people's love for jade still does not diminish. The jade has formed a unique symbol in people's hearts, with unique feelings.

Womens Wetsuits are different from Mens Wetsuits. Mens wetsuits generally have a simple design style, but Ladies wetsuits tend to be more colorful. Ladies like to wear bright Wetsuits For Surfing, which can highlight the charm and beauty of ladies. For fitting of wetsuits, it is especially important for men and women both. But for ladies, they care more about the fit of the clothes, because they want to show the perfect figure curve. About the styles of Best Womens Wetsuit, almost same as Mens wetsuits, except the long sleeve with bikini cut bottom styles.